The FSPPFF 2019 Spring meeting kicked off with great weather for attendees, many of whom arrived from snowed in conditions in certain parts of the U.S. And while the expansive view of Diamond Head from within the meeting room is enough distraction, the matters at hand returned to concerns that face the membership of the delegation of states and provinces such as the California wildfires, and in our State, the destructive lava flows that began in May of 2018. The weeklong conference was filled with meaningful discussions on major issues affecting fire fighters, not just in our state, but across the United States and Canada.

Mahalo to Honolulu Mayor Kirk Caldwell for welcoming the delegation of the Federation of State and Provincial Professional Fire Fighters (FSPPFF), an organization chartered by the International Association of Fire Fighters (IAFF) in 1982 comprised of state and provincial union presidents which meets twice a year to exchange information on current issues affecting their members across the United States and Canada. This forum affords FSPPFF attendees to build stronger relationships among state and provincial associations. 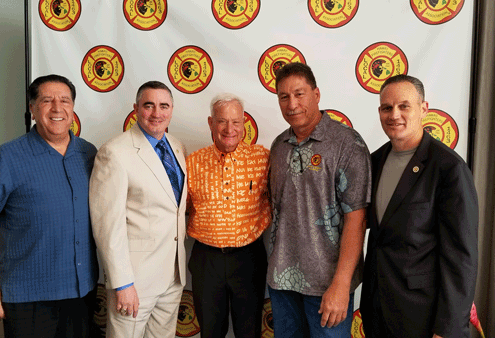 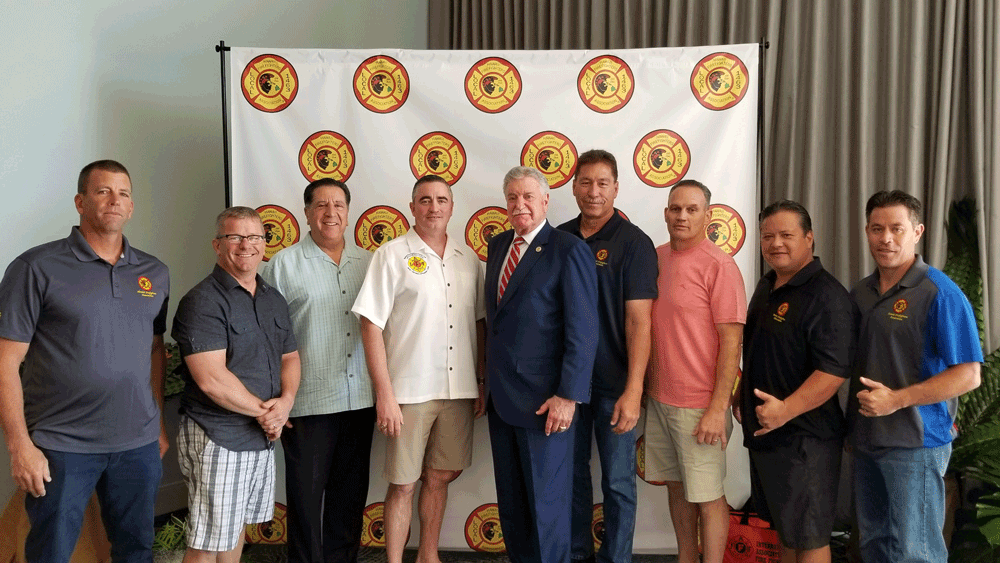 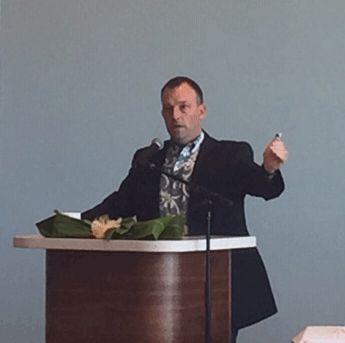 President Bobby Lee gave an overview of Hawaii issues at large, then welcomed Hawaii Division Chairman Charles Spain to the podium to speak on the challenges of last year’s disastrous lava flows that destroyed hundreds of homes and displaced thousands of residents in the lower Puna area.

Explaining the unique challenges of dealing with the unpredictable nature of lava, the dangers of keeping residents away from toxic zones while being sympathetic to residents who wished to return to their homes or refused to evacuate, proved to be an eyeopener for many in the room. As Spain explained, “The lava moves wherever it wants to. Gravity doesn’t control where it flows. After some time, the toxic level of sulfuric gases made it too dangerous to remain in the area.” He stressed that safety of the residents and our fire fighters were the top priority. Disaster relief became a necessity. 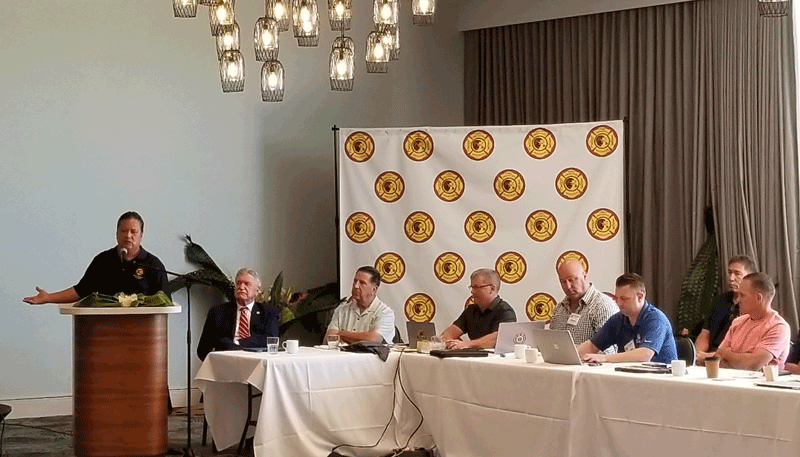 Hawaii Division Chairman Charles Spain speaks to the FSPPFF 2019 Spring delegation on the challenges of last year’s destructive lava flows that destroyed hundreds of homes and displaced residents in the lower Puna area.

HFFA sends a warm Mahalo to our volunteers who helped make this meeting a memorable time for the families of these leaders who accompanied them. If you ever choose to serve in a union leadership role, you will learn that juggling family time with a laundry list of tasks is daunting, but necessary. Many of the attendees are active duty fire fighters who serve as union leaders. Family time is crucial and we appreciate the efforts to make this time a special moment for their families. The Aloha Spirit of our HFFA Ohana has left a lasting memory thanks to all of you.

We continue to get wonderful feedback from attendees and their families of the Hawaiian hospitality that HFFA has become famous for. Next FSPPFF meeting will be held in the Fall of 2019 in Minnesota.