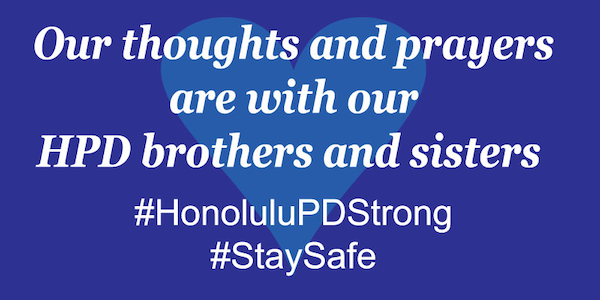 Our entire State is deeply saddened for the Enriquez and Kalama Ohana and our HPD brothers and sisters as they find solace from a horrific and senseless tragedy. Honolulu fire fighters who responded to the scene were also caught in the fray. Many of you may have Ohana employed with HPD or EMS who responded. As fire fighters, our instincts tell us to go put out the fire, but an active shooter situation underscores the reality of the dangers of a first responder’s job. This tragedy will be remembered as the Hibiscus Drive Incident. For some, it may take a long while for the wound to heal; for the scar to fade. If you need to talk or find yourself unable to find balance, please seek assistance. Call your Peer Support Team or any HFFA board member.

The Hawaii Law Enforcement Federal Credit Union (HLEFCU) has opened The Officers Enriquez & Kalama Memorial Fund to accept donations for the families of Honolulu Police Officers Tiffany Enriquez and Kaulike Kalama.  Donations may be made at any of their branches on Oahu or by mail (checks only).  Please make checks payable to The Officers Enriquez & Kalama Memorial Fund.  A complete list of branch locations and hours can be found on their website, click here.

The Hawaii Bankers Association, comprised of the eight major banks across the State of Hawaii have also come together to help. “Our financial institutions have come together to make it easier for the public to support the families of the fallen officers,” said Neal Okabayashi, Executive Director of the Hawaii Bankers Association. Donations may be made at any branch of the following HBA financial institutions statewide. Checks can be made payable to The Officers Enriquez & Kalama Memorial Fund.

Checks may also be mailed or dropped off at the SHOPO office at 1717 Hoe Street (map). “By partnering with the Hawaii Bankers Association, the public can rest assured that their donations will go directly to the families of Officer Tiffany Enriquez and Officer Kaulike Kalama,” said Malcolm Lutu, President of SHOPO. “We are grateful for the overwhelming support we have received during this difficult time.” 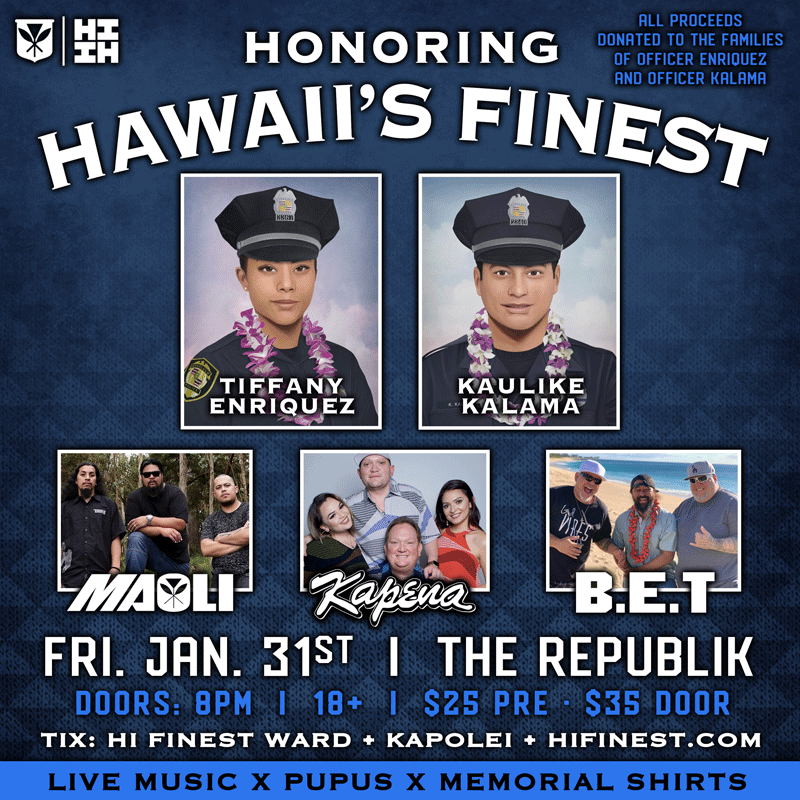 Tickets are available at both Ward and Kapolei store locations or visit HiFinest.com. All proceeds will be donated to the families of Officer Enriquez and Officer Kalama.